This one of the most mesmerizing, unusual things made of paper and is testament to the artist’s ability to craft masterpieces from simple paper.

This spectacular work of art includes multiple distinct characters, each playing their own musical instrument: you’ll see a drum, a violin, a flute, a clarinet, cymbals and more. It’s amazing just how much movement and dynamism Joisel managed to achieve through origami: the band really do appear to be playing together in perfect harmony.

Jazz Band is just one of thousands of origami pieces Joisel produced during his career, but it’s regarded as one of his most powerful creations. 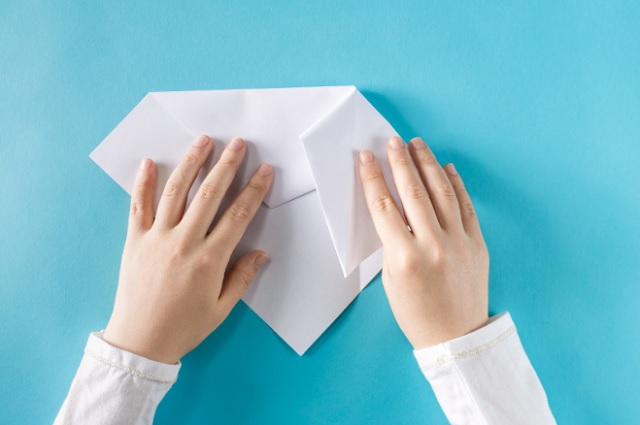 Joisel incorporated a variety of colours in Jazz Band, adding a stronger visual impact while helping to diversify the musicians themselves. Each of the musicians is a dwarf, clad in a long, pointed hat and a robe. The different heights, outfits and hats of each character ensures each stands out and conveys his own personality.

Like many great pieces of art before and after, Jazz Band manages to create the illusion of an entire world existing around it.

The longer you stare at the musicians playing, the more you can imagine the crowds they’re playing too, the type of classic jazz notes they would produce and the energy they would display. That’s a stunning achievement to make with folded paper.

Jazz Band took Joisel more than 100 hours to complete. This is no surprise, given the sheer complexity and attention to detail. Look closer at the hands, at the placement of fingers, at the characters’ posture: everything within Jazz Band is remarkably lifelike.

If you didn’t know Joisel had used origami to produce this piece, you simply might not imagine paper had been used.

He was never able to repeat any of these models. As a result, Jazz Band’s colourful cast of characters is unique.

This keen eye for movement and distinguishing characteristics is prevalent throughout Eric Joisel’s other origami pieces. One of his most well-known creations is the Hedgehog: just looking at this can only inspire awe at Joisel’s abilities. As with Jazz Band, the Hedgehog is so intricate and so delicate you may completely forget it’s crafted from paper.

Other pieces made by Joisel include ‘Mask’, which shows a true grasp of character and movement. Mask is almost unsettling in its elegance and seamlessness, and Gandalf. The latter is based on the iconic character from The Lord of the Rings and has much in common with his Jazz Band.

Jazz Band’s dwarves have similar pointed hats, posture and clothing as Gandalf. They also appear to inhabit a Fantasy world too, hinting at a much grander work of art surrounding them.

Jazz Band is not just one of Joisel’s finest achievements, but one of the most striking examples of how powerful this majestic ancient practice can be in the hands of a master. It’s no stretch to call Jazz Band by Eric Joisel is as a marvel of origami, which is why it features in the most wonderful things made of paper ranking by Gigaranking — there’s no doubt Jazz Band deserves its place.

Joisel passed away in 2010, leaving a fascinating body of work that will go on to inspire other artists longing to craft origami. Jazz Band serves as a pioneering masterpiece demonstrating Joisel’s gift at its finest.

Loo has made this great video to show us how to make a “origami” word gradient String Art. However, you can change “origami” for another word that you love the most.
As usual, you need these materials:

The steps are easy, we recommend you to watch the video to see all the process.

Posted in String Art Ideas, Tutorials and Videos | Tagged Easy, Gradient. String Art, How to make, Letter, Origami, Tutorial, Video, Word | Leave a comment
We use cookies on our websites for a number of purposes, including analytics and performance, functionality and for ads personalisation.Accept Read More Reject
Privacy & Cookies Policy